According to the United States Influenza Surveillance Report (FluView) published each week by the U.S. Centers for Disease Control and Prevention (CDC), the rate of influenza cases throughout the country continues to rise, with its highest levels reported in Mid-Atlantic states, as well as south-central regions of the West Coast. 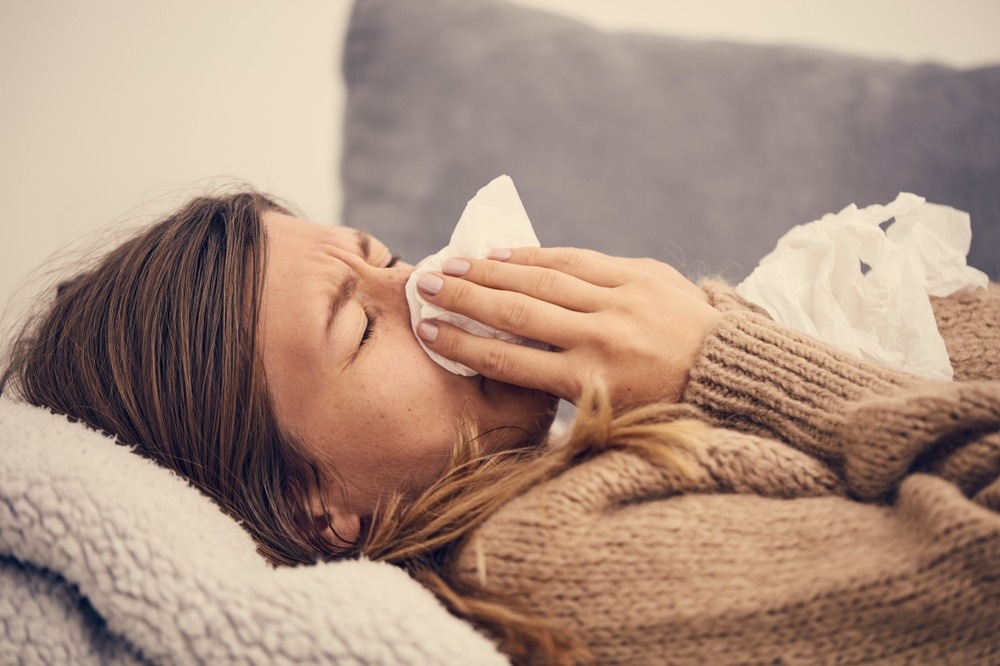 Current surveillance of the flu

Influenza A (H3N2) has been the most frequently identified strain among positive cases. Conversely, Influenza B was responsible for less than 1% of positive flu cases this week. Importantly, both of these strains have been included in this year’s seasonal influenza vaccine.

Taken together, 6,465 patients were admitted to the hospital during Week 44 due to severe flu infection, thus amounting to a total hospitalization rate of 5.0 for every 100,000. Notably, this hospitalization rate is up to five times greater than Week 44 rates reported in previous years since the 2010-2011 flu season.

Influenza, along with other causes of pneumonia and the coronavirus disease 2019 (COVID-19), was associated with a cumulative death rate of 9.0% this week. Three pediatric deaths due to influenza were reported during Week 44.

To date, over 2.8 million illnesses due to the influenza virus have been estimated for the 2022-2023 flu season. Of these, 23,000 hospitalizations and 1,300 deaths have been due to influenza infection.

The importance of getting vaccinated

Each year, a new seasonal flu vaccine is developed to offer protection against four different influenza viruses that will likely be in circulation during that year. The efficacy of these vaccines varies each year, depending upon the age and health status of the immunized individual, as well as the extent to which the predicted influenza strains that were included in the vaccines resemble those that are identified during that flu season.

Despite these factors, there are several advantages associated with receiving the flu vaccine including reduced likelihood of getting infected, experiencing severe illness, and flu-associated hospitalization. For example, during the 2019-2020 flu season, researchers have estimated that flu vaccines prevented up to 7.5 million infections, 3.7 million flu-associated medical visits, 105,000 hospitalizations, and 6,300 deaths due to this infection.

Other ways to protect yourself

In addition to vaccination, there are several antiviral flu medications that are currently available to treat the flu, particularly for patients who are at an increased risk of severe disease. Importantly, these medications should be started within two days of symptom onset and should typically be taken for a total of five days, depending on the medication.

The non-pharmaceutical measures that were implemented throughout the COVID-19 pandemic, such as masking, isolation when symptomatic, and social distancing, can also help reduce the risk of transmission from infected individuals.

It is important that people take every step possible to reduce their risk of getting infected with the flu this year, particularly amid rising COVID-19 and respiratory syncytial virus (RSV) cases that are threatening to put significant strains on healthcare systems.