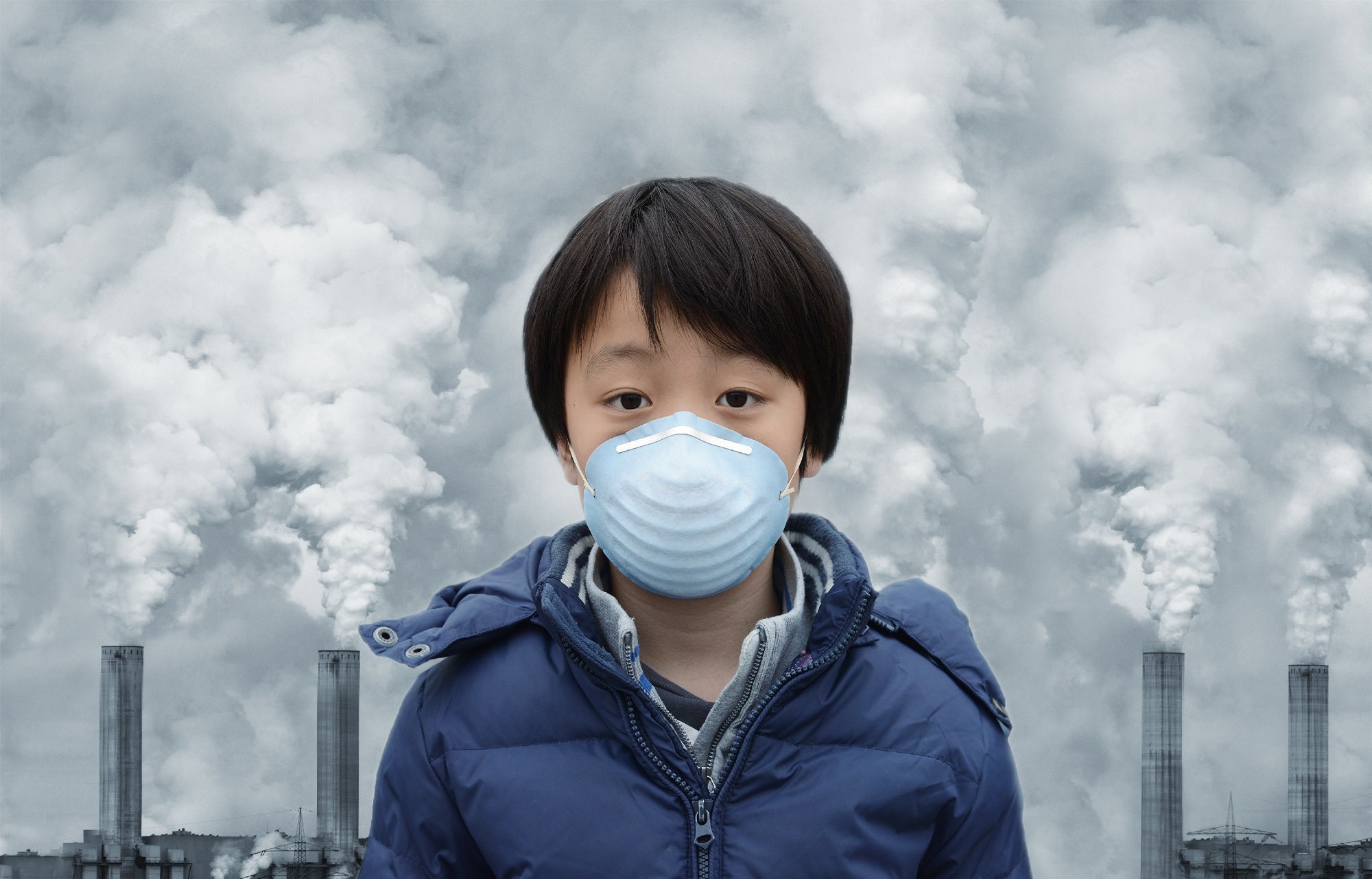 Impact of pollutants on the nervous system

Neurotoxicants are chemicals capable of inducing adverse side effects in the nervous system during development. Neurotoxicants could be of different types, including industrial chemicals, pesticides, organic solvents, and pharmaceuticals. It has been estimated that about 30% of commercially used chemicals have neurotoxic effects.

Heavy metals such as arsenic, cadmium, lead, and mercury are present in food, water, and other products. These metals are highly toxic and capable of causing respiratory, digestive, and neurodevelopmental disorders. 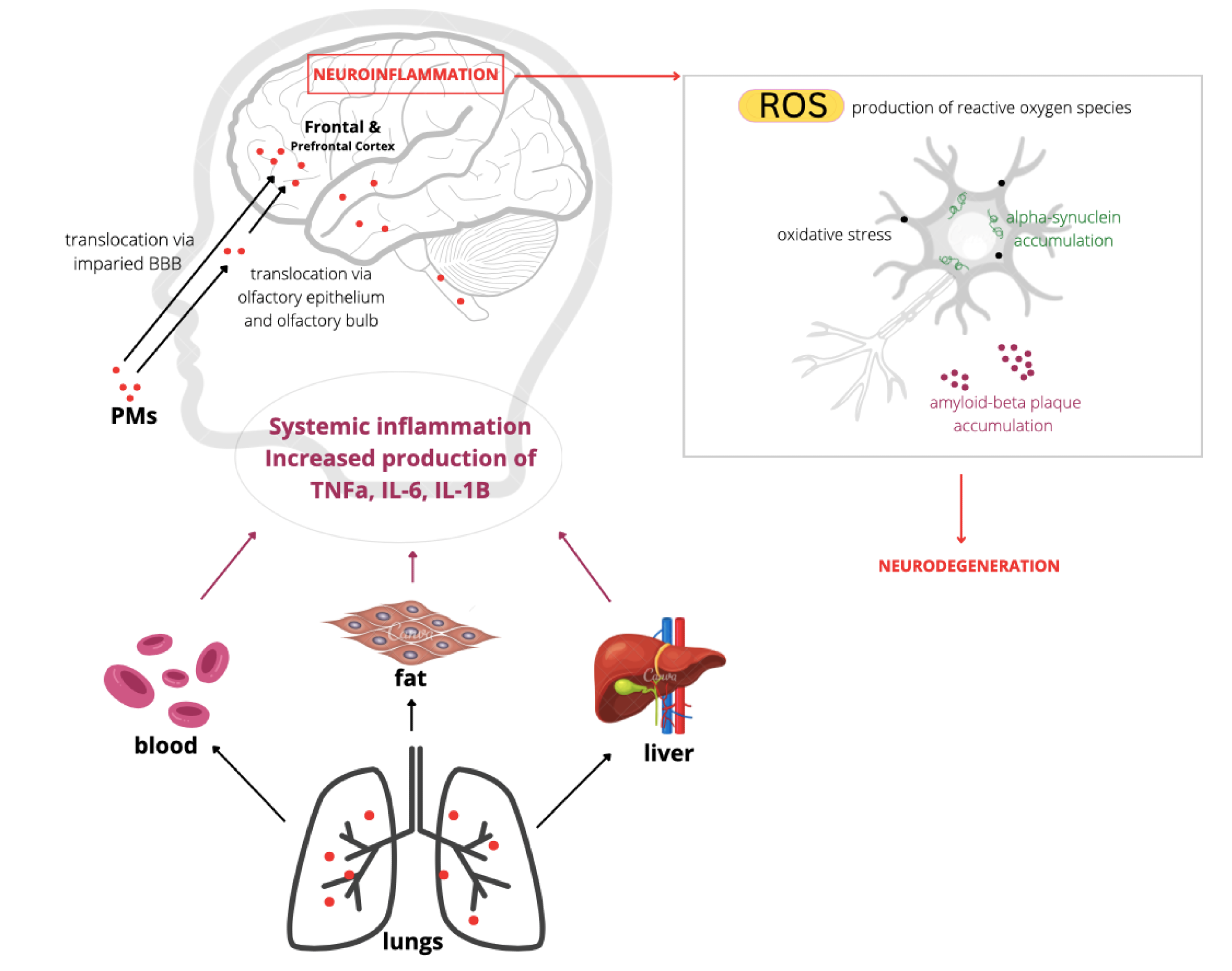 Air pollution is caused by combinations of solid and liquid particles, including ozone, sulfur dioxide, carbon monoxide, nitrogen oxides, polycyclic aromatic hydrocarbons, and heavy metals. These pollutants are collectively considered PM, which are exponentially increasing in the environment due to urbanization and industrialization.

PM of 2.5 µM in diameter (PM2.5) is considered to have a major impact on pollution-related mortality worldwide. According to the World Health Organization (WHO), about 91% of pollution in low- or middle-income countries is associated with outdoor air pollution. About 4.2 million premature deaths occur worldwide due to air pollution, with cancer being the major contributor. Because of this reason, PM is considered a carcinogen.

Air pollutants enter the body through inhalation or ingestion. PM2.5 can easily translocate to the lower respiratory tract and cause respiratory disorders. It can also translocate from the lungs to the blood and, thus, can reach any organs in the body via the circulatory system.

PM2.5 enters the brain via the olfactory epithelium and olfactory bulb or via the disrupted blood-brain barrier. Upon entry, it induces neuroinflammation, followed by free radical production, oxidative protein damage, accumulation of abnormal protein aggregates, and induction of neurodegeneration. Alzheimer’s disease and Parkinson’s disease are the two most common types of neurodegenerative diseases associated with neurotoxicant exposure.

Neuro-apoptosis or neuronal cell death is another potential cause of neurodegenerative disease. In this context, evidence has shown that exposure to PM2.5 induces mitochondrial damage and neuronal cell death. In addition, in-utero exposure to PM during early pregnancy has been found to reduce the telomere length in the fetus’s umbilical cord blood.

Children are more susceptible to pollutant-induced neurotoxicity as they absorb more water and air per unit of body size than adults. Besides neuroinflammation, exposure to air pollutants causes inflammation in the respiratory and gastrointestinal systems. Exposure to PM2.5 has been found to be associated with various diseases, including inflammatory bowel syndrome and cancer. It has also been observed that children living in megacities are at higher risk of developing Alzheimer’s disease and Parkinson’s disease due to excessive exposure to neurotoxicants.

Children in urban industrialized regions are more susceptible to developing cognitive disorders and autism spectrum disorder. Exposure to neurotoxicants has been found to significantly affect school-going children’s memory, verbal, and non-verbal skills. In-utero exposure to traffic-related pollutants and other neurotoxicants has been found to increase the risk of autism spectrum disorder.

Measures to be taken to control air pollution

Community-level initiatives and possible pharmacological and dietary intervention trials should be introduced to manage air pollution and related toxicities better.